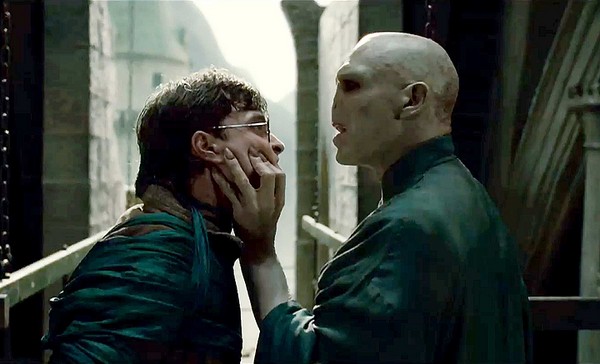 So we reach the end of a 10 year long saga. As Potter fans flock to theatres to bid adieu to the familiar magical world, the hype has reached a crescendo. Even surpassing the anticipation for the first movie in 2001, when the books were already an unprecedented world-wide pop culture phenomenon. The Harry Potter books never claimed to be intellectually challenging serious literature. However, they were well-written entertaining pieces of work with simple themes recurring throughout. It spawned a whole host of wannabes, which never matched up.

While the movie had one of the biggest box-office openings of all time and is on its way to breaking box-office collection records, is it a worthy finale for the series? Well, the answer is, it  is adequate but little more than that. Like the previous instalments in the series, with the exception of the prisoner of Azkaban which was a superior piece of film-making, this is a competent and more or less faithful adaptation of the book. But the strain shows. The strain of translating such a wildly popular series onto the screen in the form of a foolproof money-spinning blockbuster, while simultaneously satisfying the expectations of zealous fans. Even after splitting up the last book into two movies, the movie seems to be rushing through events and characters checking them off the list. Adaptations might sometimes be best served by not staying literally faithful to the source material.

The movie jumps straight into the story with Voldemort finding the elder wand from Dumbledore’s grave and Harry, Ron and Hermione closing in on the last remaining horcruxes. With the brighter days at Hogwarts a distant memory, this movie like its 3 predecessors has a progressively graver and darker tone, with the 3D inadvertently adding to the ‘darkness’. Well-executed action sequences interspersed with wry humor keep the proceedings interesting, though at times scenes end up being unintentionally funny. The final stand-off preparations at Hogwarts light up the sky, with the teachers and students prepared to incur the dark lord’s wrath to give Harry a chance.

In the second half proceedings are supposed to get interesting, with loose plot threads across the series being tied up. There’s a cruial flashback scene which elevates one of the most interesting characters in the books and movies with ambiguous motivations to probably the most pivotal character in the entire series. However, due to time constraints and an urgency to get to the climactic showdown, the flashback is rushed through, never allowing viewers to soak in the poignancy of the proceedings. A few more minutes would have gone a long way in increasing the impact of what comes afterwards. The subsequent climax tries hard to conjure feelings worthy of an epic conclusion but never quite manages to reach there.

Surrounded by the who’s who of British thespians, the three young actors’ limitations have always been highlighted. Though some are claiming that the kids finally seem to have come into their own, I could not see any noticeable improvement in their acting skills. Daniel Radcliffe especially remains as wooden faced as ever, actors like Michael Gambon, Maggie Smith, Helena Bonham Carter and Ralph Fiennes easily steal scenes.

The movie thus is an average adaptation. But then probably I am quibbling too much. It is an essential watch for all fans for the sake of completion. Any newcomers would find themselves entirely at sea. Devoted fans will see what they want to see in the movie for sentimental reasons. The story comes full circle and we muggles always have the books to go back to, for re-living our favourite experiences.