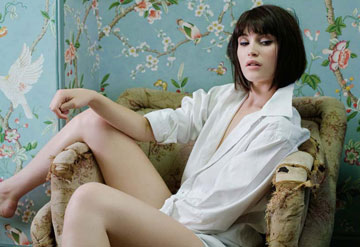 Christopher Nolan seems to be quite oblivious of a script he wrote long back after the success of his first film. Gemma Arterton has shown interest in starring in the film. She will be next seen in the sequel of Clash and doing absolutely nothing otherwise.

The new film offered to her follows a bone marrow donor Mary, who enters into a relationship with the man who’s life she saved, a man who may not be what he appears to be. The script has not been well received after several rewrites. The producers have now worked on it back to where Nolan started. Arterton seems to be really interested in the project.

They will be looking out for a director for the movie now. Arterton also said that Ridley Scott is also interested on getting her on board for the planned Alien sequel. It could be forgetful experience for the actress with the current form the director has been in.