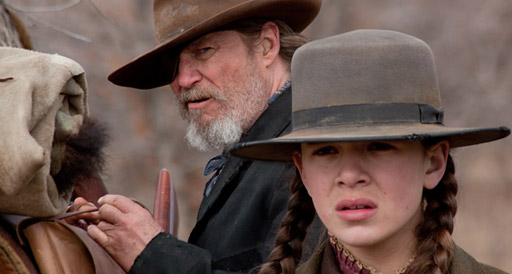 This year there are several films coming out by the end of the year to compete for the Oscars. So by then most of the people would have forgotten the pull of Inception. We have already featured some really good trailers and images from anticipated nominees. Here is another from the twisted minds of the Coen Brothers.

The Coen’s will take on a western Remake. The film stars Matt Damon, Jeff Bridges, Josh Brolin and Hailee Steinfeld. Grit is one of the most anticipated films of the year. Bridges plays Rooster Cogburn, a drunken U.S. Marshall who agrees to help a girl track down her father’s killer.