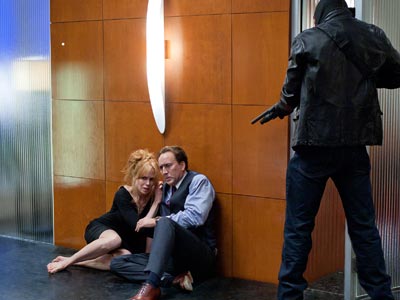 The new film starring Nicole Kidman really silly and she will star alongside the box office dud Nicolas Cage. The film also stars Cam Gigandet and Jordana Spiro. The film was initially in trouble after the actors were not interested to do the film together. The two of them finally took over the roles.

Trespass was written by Eli Richbourg and Karl Gajdusek. It revolves around a husband and wife who are taken hostage by gun wielding preps looking for money. As Schumacher himself puts it, There are cross connections between the family and the criminals and many secrets come out. The film will be directed by the misdirected Joel Schumacher. He has sort of lost all ideas of filmmaking in the last couple of years.