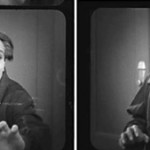 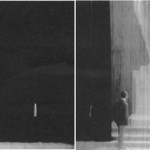 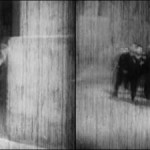 The new version of the famed Fritz Lang film has an additional 25 minutes of lost footage and the original Gottfried Huppertz score in a national theatrical release commencing on May 7. The film will have its first US screening on Sunday April 25 th in Hollywood. It is a famed German Classic that took the world by storm upon on release.

The new footage was found back in July of 2008 when Paula Felix Didier, director of the museum Museo del Cine, discovered a copy of the film that included nearly all of the scenes once thought lost forever totaling some 700 meters, making around 25 minutes of new footage for the film. All of it has been digitally restored, some in ways unimaginable. Check out some of the image constructions above.

The film is set in the future, in a time when human are divided into two groups: the thinkers, who make plans, and the workers, who achieve goals. Completely separate, neither group is complete, but together they make a whole. Then one day one man from the thinkers goes to the workers side and sees the world for what it is and is astonished.

This was truly path breaking cinema at its time. It still tends influence many filmmakers even now. The film is really a box which gets created through time in the film. Another set of films which really has got picked up by Kino international like the General and Battleship Potemkin. So the addition of Metropolis will be a welcome addition to the collection.