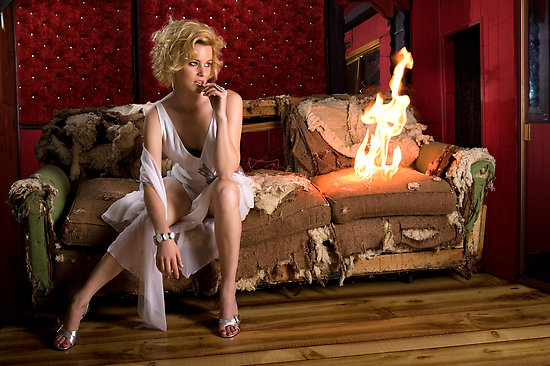 Elizabeth Banks on the Ledge She will be next seen in a cop thriller called Man on a Ledge. Sam Worthington is already signed on to play the main character in the film. It also stars Anthony Mackie and Jamie Bell.

It will be directed by Asger Leth. The film is scripted by Pablo Fenjves. It centers on a female psychologist and a former NYPD officer who threatens to jump to his death.

The film sounds good and it will be rewritten by Chris Gorak. It will be difficult to make this feasible in a Hollywood setup. So there will be several rewrites till it looks really stupid. We will not be following this one after this article.