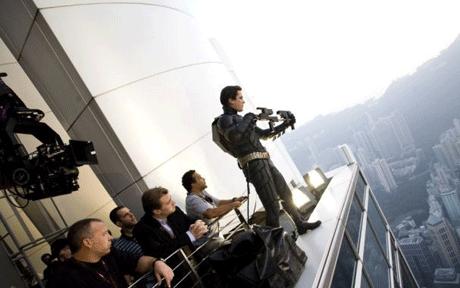 Christopher Nolan will be working on a Hughes biopic next Christopher Nolan is working on his latest project the highly anticipated final sequel to the Dark Knight. He has spoken to Vulture and said that he is also interested in working on a film about Howard Hughes. The Martin Scorsese film concentrated on the early part of Howard Hughes life and did not get into the crazy second half of his life.

So it will be based on the book by Michael Drosnin called Citizen Hughes: The Power, the Money and the Madness. The book is based on the 3000 pages of Hughes’s own handwritten memoranda, which leaked after the billionaire’s office was burgalized in 1975. The burglars were looking out for these ramblings.

Nolan plans to shoot the film in 2012 and release it in 2014 in the hopes that with ten years distance, there won’t be immediate comparisons to Scorsese’s Oscar nominated film.