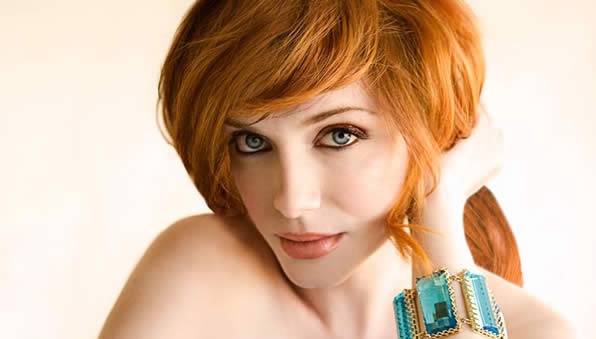 Christina Hendricks is well known for her work on Mad Men. She is all set to star in the The Weinstein company film I don’t Know How she does it opposite Sarah Jessica Parker and Pierce Brosnan and Drive directed by Nicolas Winding Refn that has Talking Films favorite Ryan Gosling.

She will also be acting with Chris Colfer screenwriting debut called Struck by Lightning. She will be working alongside Sarah Hyland, Allison Janney and Dermot Mulroney. There will also be some of the cast from the show Glee as well in the film.

The project will be directed by Brian Dannelly who is known for his work on Saved and Colfer is set to star as a teen who is struck and killed by lightning, telling the story in flashbacks of how he blackmailed other high school students to contribute to a literary magazine. Considering that Saved also deals with beyond the grave redemption. This feels like a better version of the horrible Lovely Bones.

Christina Hendricks will still work in the 5 th season of Mad Men that will air in January 2012. Tell us what you think of this inspired casting for the Chris Colfer sreenwriting debut.