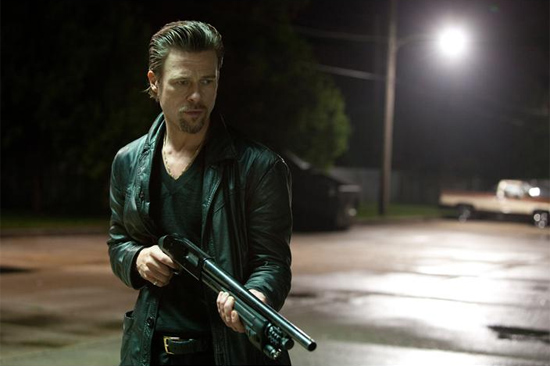 They have finally come out with an actual image from the next film of the hugely talented Andrew Dominik called Cogan’s Trade. Brad Pitt looks really different in this new movie. Pitt will play Jackie Cogan, a mob enforcer who is tasted with investigating the heist of a high stakes card game. The movie has an impressive cast that includes Ray Liotta, James Gandolfini, Richard Jenkins, Ben Mendelsohn, Scott McNairy and rising star Bella Heathcote and finally the great Sam Shepard has also joined the cast.

The film looks to have some really dark edges and it will be really nice to see the director and actor team up once again for this film. The last time duo worked together was the seminal yet flawed Assassination of Jesse James by the Coward Robert Ford. The Weinstein Company picked up the rights to the film and will likely release the movie in 2012.

This will be something to watch out for in the coming weeks. Cannes will also see Brad Pitt’s latest film Tree Of Life being showcased there. Tell us what you think of the image above.