Another set of hi res images from Alice In Wonderland Walt Disney has been giving loads of updates for Tim Burtonâ€™s Alice in Wonderland. But there has been several other issues with a shorter theatrical run of 12 weeks which is a cause of concern from many quarters. The film stars Johnny Depp, Anne Hathaway, Helena Bonham Carter, Crispin Glover, Matt Lucas, Marton Csokas, Tim Pigott Smith, Lindsay Duncan, Geraldine James, Leo Bill, Jemma Powell, Maira Challen and Mia Wasikowska as Alice. 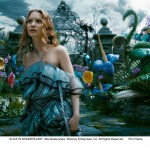 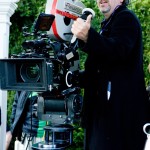 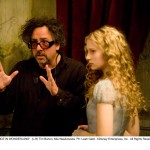 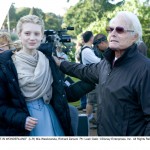 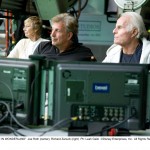 From Walt Disney Pictures and visionary director Tim Burton comes an epic 3D fantasy adventure ALICE IN WONDERLAND, a magical and imaginative twist on some of the most beloved stories of all time. JOHNNY DEPP stars as the Mad Hatter and MIA WASIKOWSKA as 19-year-old Alice, who returns to the whimsical world she first encountered as a young girl, reuniting with her childhood friends: the White Rabbit, Tweedledee and Tweedledum, the Dormouse, the Caterpillar, the Cheshire Cat, and of course, the Mad Hatter. Alice embarks on a fantastical journey to find her true destiny and end the Red Queenâ€™s reign of terror. The all-star cast also includes ANNE HATHAWAY, HELENA BONHAM CARTER and CRISPIN GLOVER. The screenplay is by Linda Woolverton.

Capturing the wonder of Lewis Carrollâ€™s beloved â€œAliceâ€™s Adventures in Wonderlandâ€ (1865) and â€œThrough the Looking-Glassâ€ (1871) with stunning, avant-garde visuals and the most charismatic characters in literary history, ALICE IN WONDERLAND comes to the big screen in Disney Digital 3DTM on March 5, 2010.