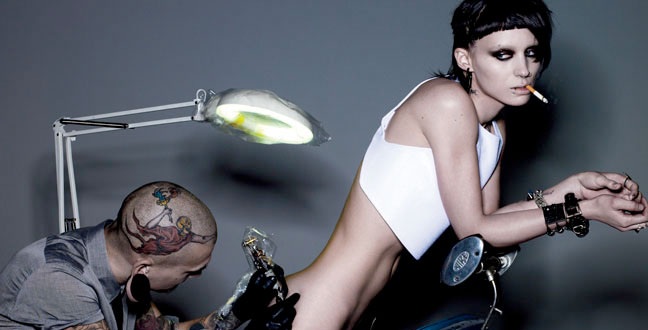 Trailer Watch: The Girl with the Dragon Tattoo The new leaked amateur recording might be the work of a trained professional working for Sony. They have not really removed the trailer out. This has been one of the most powerful viral marketing for a film in sometime. The video was made available on youtube by a mysterious user from Netherland who goes by the name dobvlvstiuwir.

The trailer features some really good footage from the film. The film stars Daniel Craig and Rooney Mara in the main roles. You can also hear the new version of the Immigration song recorded by Trent Reznor and Karen O of the Yeah Yeah Yeahs.

The feel of the trailer really works with all the shaky cam clip it is still a well made trailer. The quality is still HD. It is still with a red band Motion Picture Association of america rating, despite supposedly being posted by someone from the Netherlands. So this hack plot has really gone down well with the fans. There will be loads of people coming back to check this trailer out.

The Girl with the Dragon Tattoo directed by David Fincher, is to be the first of three Hollywood films based on Swedish author Stieg Larsson’s best selling thriller trilogy. This will be the most awaited movie this Christmas. Tell us what you think of the idea behind the trailer.