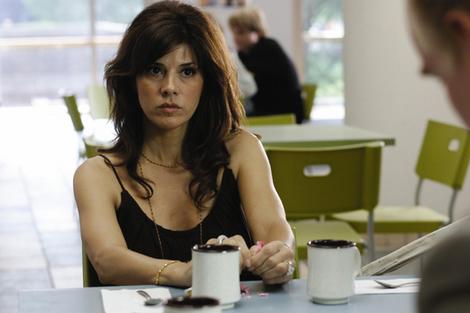 Marisa Tomei is one of the women who has really changed the face of independent cinema for the last couple of years. She has slowly turned into the poster girl of this industry. Her work on The Wrestler really took peoples breath away. She will also be seen in the funny Cyrus which will be something to watch out for.

Now the next film she will be in will be the project Tommy Lee Jones really went out off called the Lincoln Lawyer because of creative differences. Marisa Tomei is in talks to join the cast, playing Mattew McConaughey ex wife, prosecuting attorney Maggie McPherson.

It is based on the Michael Connelly novel about a low level criminal defense attorney who defends clients from every walk of life, McConaugheyâ€™s character, Michael Mickey Haller, choose to defend a Beverly Hills playboy who is arrested for attaching a woman he picked up in a bar.

“Mickey and his ex-wife…appear to have a different view of the law. To her it is a calling and about justice. She views what he does as sleazy. Mickey says that her calling may have cost them their marriage. ”

This is going to be a powerful legal role that Mathew McConaughey will take up after so long. His last breakthrough performance was in A Time to Kill. But till now the new film does not have a director so to speak. We will have to see who will take up this project.