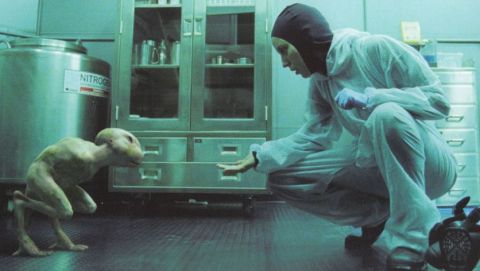 Splice is easily the most expected science fiction movie for me. The film is produced by seminal Guillermo Del Toro and will be directed by Vicenzo Natali who is known for his Cube films. The new film stars Sarah Polley and Adrien Brody and has an interesting clip that will surely take you into a surreal sort of world.

â€œElsa and Clive, two young rebellious scientists, defy legal and ethical boundaries and forge ahead with a dangerous experiment: splicing together human and animal DNA to create a new organism. Named â€œDrenâ€, the creature rapidly develops from a deformed female infant into a beautiful but dangerous winged human-chimera, who forges a bond with both of her creators – only to have that bond turn deadly.â€

Check out the clip after the jump.