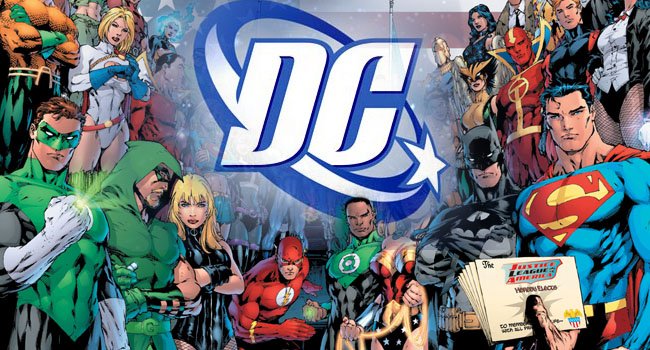 Marvel dominates movie theaters. Every summer they receive critical acclaim and massive amounts of income. While DC, with the exception of Batman, has become barely noticeable. Man of Steel was a mixed hit and Green Lantern was bad. Really really bad. If these studios were once battling it has now become a massacre. DC continues to fumble around in Summer blockbusters while Marvel is confidently planning for generations down the road. Seriously though, Green Lantern was really bad.

But there is a battle that DC films might be winning. The world of direct to video films. It’s a very peculiar niche of marketing, one that DC has a stranglehold over. Their success began in 2007 with Superman: Doomsday. Although they made a few movies before this, those were mostly longer episodes of their already successful television shows. Doomsday marks the first true adaptation of a popular story line in a universe completely its own. It released to above average reviews but more importantly it was a huge success. DC sold far more than they were expecting. DC had already had success in animation. With Batman, Superman, and the Justice League all receiving popular long running series’. They kept the talent they accrued over the years and pointed their focus toward a more concentrated story. This is the origin story of DC animated studios. It’s with this studio that they have created some of the greatest and most interesting Super hero stories ever put to film.

DC wasn’t the first in this market, at the time Marvel had tested the waters with Ultimate Avengers and its sequel. But even Marvel’s biggest success didn’t get the numbers that DC’s debut was getting. Marvel took a few more hits in the direct to video market and it appears that now they have bowed out. But with their recent partnership with Disney their animated team is now at their disposal. Although they might be content with even more box office success as they did with Big Hero 6. But for now DC is going to continue to succeed in the direct to video market.

DC animation succeeds by doing what their live action studio can’t, by making good movies. They have yet to make anything nearly as offensive as Green Lantern and have a strong following. And throughout their library are a few masterpieces sprinkled in. DC has shown the benefits that episodic movie making can bring. Where Marvel has benefited from long interconnected storytelling, DC has benefited from independent stand-alone stories. DC doesn’t want an interconnected universe. Instead they use their characters as templates. Without a continual story line it allows for more radical depictions of their characters. If the audience doesn’t like it they’ll have a new version ready for their next appearance. Marvel brought to the theaters its amazing universe, and DC is firing back with their legendary mythos.

If Superheroes intrigue you but comics are too far of a step, DC’s animated films are the perfect half way point. The movies are all loving adaptations of the best comics in its storied history, and in some cases the film is preferable over the comics. Hidden inside this library are some of the best stories their heroes have ever been a part of. And any fan of heroes would do well to check them out.