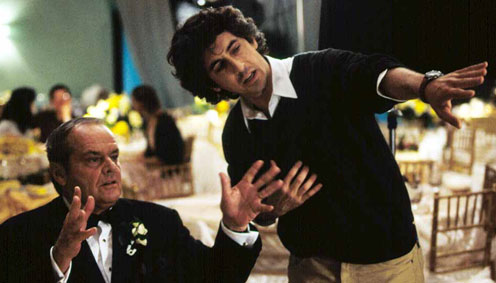 Alexander Payne is putting the finishing touches to his film The Descendants starring the evergreen star George Clooney and is now turning his attention to the drama Nebraska. The synopsis can be seen below.

An aging alcoholic father who thinks he’s won a million dollar Publisher’s Clearing House sweepstakes prize. He is unbowed when his family tries to dissuade him from making the long trip from Montana to Nebraska to cash in his winnings. So his estranged son who does not believe the ticket is a winner and is forced to go along with him for the ride to keep him out of trouble providing an opportunity to bond with his father after years of separation.

The Descendants is due to release later this year. Alexander Payne is now returning to the script and will be working on the one written by Robert Nelson. He will be doing this with the help of Cedar Rapids screenwriter Phil Johnston. Payne wants to shoot the film in the summer before The Descendants hits theaters.

The casting is also expected to be done soon. The director wants Casey Affleck and Robert Foster. The producers will be trying their best to get them on board. Alexander will not cast an actor until he has read for the part and he knows he is exactly right for it.

This will be interesting news for the director who has been out of work for some time. Share your views on this great director. He is known for his films like About Schmidt and Sideways.