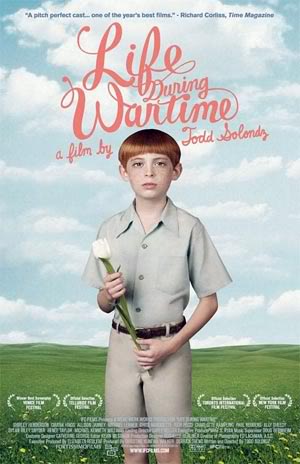 There have been so many trailers out this week. It was really difficult to sift out the good ones in these. Todd Solondz is known for his uncanny style of mixing dead pan humor and tragedy. His stories deal with very amoral situations which lead to us questioning our beliefs on society.

Here we just encountered the first trailer for the film. It looks gorgeous but it is the comedy doesnâ€™t really make sense. It feels like something out of a Harmony Korine movie. It feels like a compromise on the part of the director. But a worthy one for the characters are really well fleshed out in his films.

The new film Life During Wartime is kind of a sequel to his most established film till date called Happiness. It also mixes stuff from his other worlds from Welcome to the Dollhouse. Life during Wartime will have themes of forgiveness and several other amoral issues. The only catch to all this is the fact the actors playing the roles have been changed.

This film will deal with identity crises of many of the characters. There will also be a lot of free associations going on in the background. Life has some really good actors like Allison Janney, Paul “Pee-Wee Herman”Reubens, CiarÃ¡n Hinds, Ally Sheedy, Shirley Henderson, Charlotte Rampling, Michael Kenneth Williams, Michael Lerner.

Life will look like a quirky hidden political comedy. Loads of critical publishers have not really taken to the story really well. They have questioned its authority on many fronts. The film is expected to hit theaters in a limited release sometime in the Summer.