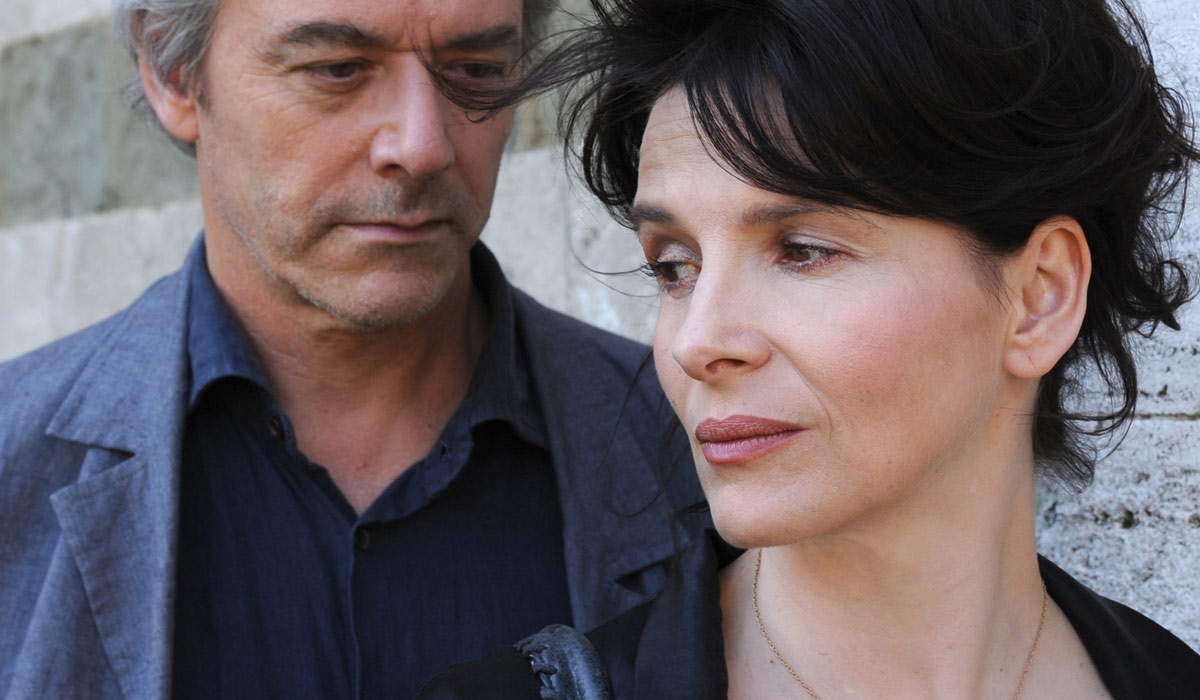 The director Abbas Kiarostamiâ€™s current muse Juliette Binoche really embodies the spirit of his cinematic movement. The first teaser of the film gives us a look at a very homely chore. Julietteâ€™s character is applying makeup on her face. Some of the traces of the makeup is smudged and left on while she prepares to meet someone special probably a distributor.

This will probably be one of Abbasâ€™s stronger films per say. His last film Shirin was more of a document on how to watch films and what is it to experience it in first hand. It is based on an original script by Kiarostami, Copie Conforme tells the story of an English author finds himself in Italy to promote his latest book and give a lecture on the subject of the relationship between originals and copies in the world of art.

At the lecture he meets a French gallery owner and they decide to waste couple of hours in the alleyways of a village in the souther parts of Tuscany. On a whim, the woman jokingly makes him out to be her all too often absent husband and the author plays along. As they enter into the game, they both find it increasingly difficult to draw a line between believe and reality.

The premise is perfect to work for Abbas who has never had a love story. So this author backed film will be something to watch out for in the festival circuit. For the time being check out the teaser below.