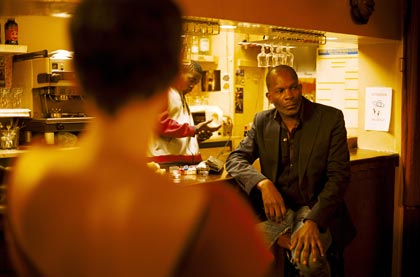 The film has been out for quite sometime in the UK. There is an even a dvd release of the movie soon. But this small but beautifully told story will surely be one of the nominations for this years Oscar. This comes after the announcement that the Oscars will have 10 nominations this year. This will give a chance for more movies to be visible under the radar of the American audiences. In my view this is a sign of progress in the part of the Academy. But it will be the winner that will decide the future of the Award show.

While 35 Shots of Rum has been receiving universal acclaim from everywhere. So like its other French counterparts. Clair Denisâ€™s delicately told story of a relationship that occurs between Lionel and Josephine is being called a revelation by many of the top critics.

Check out the trailer and tell us what you think of this film.