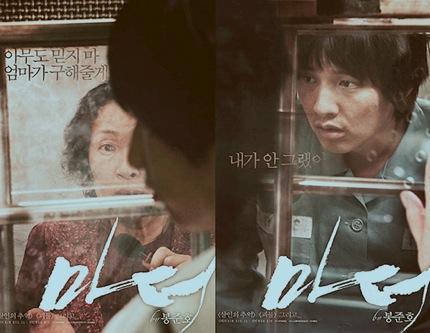 There have been couple of films that will be on our radar. They surely wonâ€™t be your run of the mill pop corn flicks. So please make sure you guys take some time to watch some of these interesting creations.

The Mother is one of those films that have certainly created a lot of buzz upon release at the Cannes this year. The director is Bong Joon Ho whose last couple of films has been studies on human nature. The first was the crowd pleasing and funny The Host and the other one the ironical Memories of a Murder. Both were unique for their sense of style and timing.

Mother will easily fit into the mould of his last couple of movies. The film tackles a very uncanny relationship between a mother and her mentally challenged son. Mother has already been pushed forward by many critics after initial press viewings of the film. The film still deals with the human concern and the great lengths this mother will go to protect her son. The film has its heady mix of dark wit and odd ball horror. It is still necessarily unforgettable.

This film will be surely be etched in our minds for sometime. But the spirited performance by Hye-ja Kim who plays the mother has instantly one favor with many critics. Please check below the trailer of this movie and we expect some oddball comments from your end.