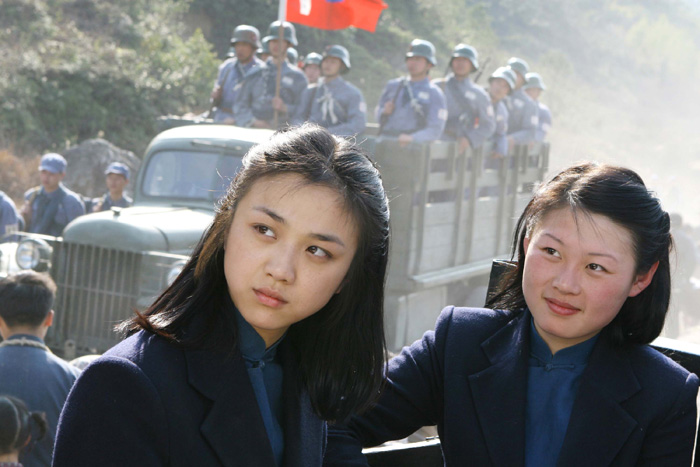 Tang Wei is back Crossing Hennessy This is just great news for fans of the actress. Tang Wei has really put through a lot after her last film Lust Caution banned her from Mainland China. She is now back again Yeahhhh. This time she will be in a romantic comedy Crossing Hennessey.

The new film is written and directed by Ivy Ho and Tang Wei will star alongside Jackie Cheung. She is such hard soul to crush. I just canâ€™t wait for this to come out and catch it in theaters. The Chinese media is pretty excited after watching some of the promos of the film. She plays a slightly goofy role. But she really owns the part.

The film is a light hearted tale of a happy go lucky electric appliance store owner played by Cheung and a quiet, stubborn girl next door played by Tang Wei. She takes care of a sanitary ware shop for her uncle. The relatives of Cheung and Tang Wei set the two up for a date, seeing that they have both entered their 30s and still have no stable partner.

But the truth of the matter is that both characters have other people in their hearts. But slowly day by day something happens between the two that is totally out of their control.

The film will be released in Hong Kong theaters in April. You can check out the trailer for the film below and you surely wonâ€™t be disappointed.