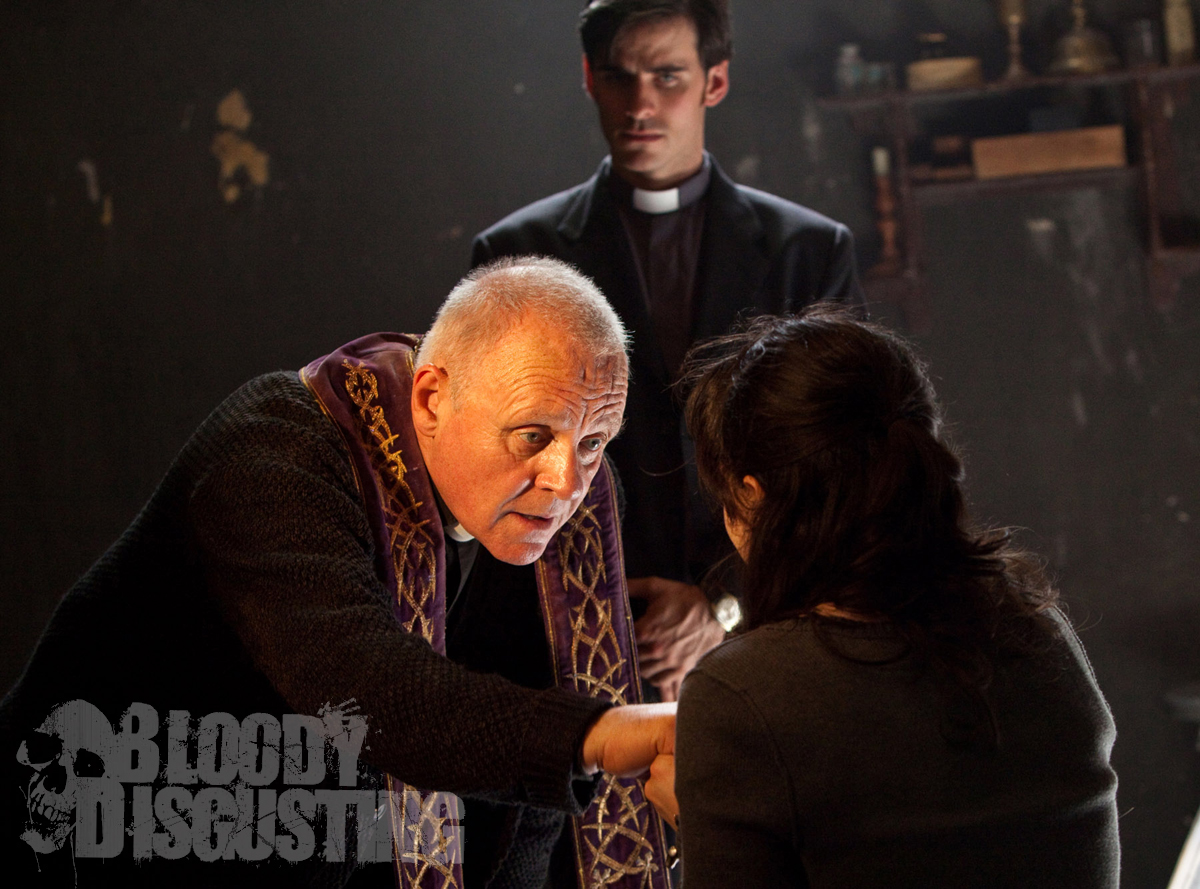 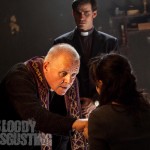 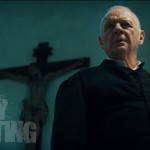 It has been sometime since we have seen Anthony Hopkins in a starring role looking this menacing. He will be starring in The Rite next. It will be another exorcist film in the same vain as the recent success of some Exorcism films.

Inspired by true events The Rite follows skeptical seminary student Michael Kovak, who reluctantly attends exorcism school at the Vatican. While in Rome, he meets an unorthodox priest, Father Lucas (Anthony Hopkins), who introduces him to the darker side of his faith. The film is directed by Michael Hafstroem.

The trailer has been out and we have not got the chance to put it on the website. Check out the images from Bloody Disgusting and tell us what you think.