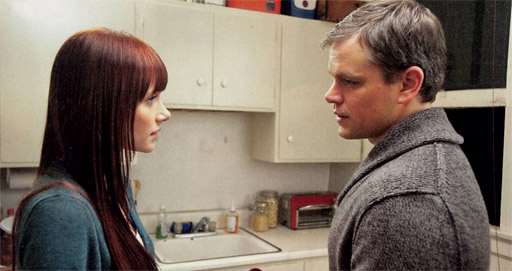 Clint Eastwood is getting ready with his yearly film with Hereafter this year. The film stars Matt Damon and Bryce Dallas Howard. Hereafter centers on three people: a blue collar American, a French journalist and a London school boy who all are touched by death in different ways.

Clint Eastwood calls this film a Chick flick and is directed from a screenplay by the sublime Peter Morgan. He is known for his work on The Queen and several other recent classics.

The film co-stars Lyndsey Marshal, Richard Kind, George McClaren, Cecile DeFrance and Frankie McClaren. The new trailer is expected soon for the film. The film is expected to hit theaters in the US on October 22 nd.