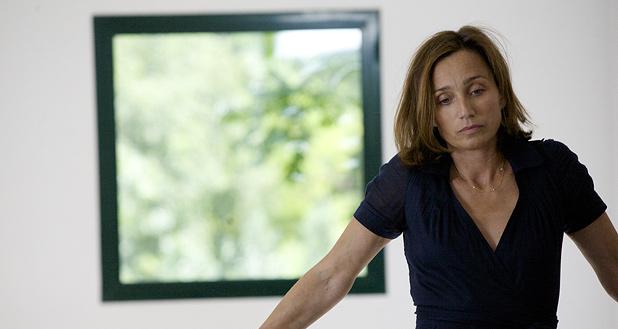 Toronto Film Festival has exhibited some interesting films this time round. Kristin Scott Thomas is one of the lucky few to get her movie picked up for distribution. She still has her charm after so long. The US rights for her next film Sarah’s Key has been picked up by Weinstein Company.

The film is directed by Gilles Paquet Brenner. It is an adaptation of the New York Times best seller of the same name written by Tatiana De Rosnay.

Sarah’s Key spans a period of about seventy years and tells the story of an American journalist played by Kristen who is investigating the 1943 Vel d Hiv roundup of Jewish families in Paris. There is a press release, which we got through Collider. Tell us what you think about this new pick up at the festival.

It is July, 1942 in Paris, and ten-year-old Sarah Starzynski (Mélusine Mayance) knows something is wrong. There is a panic spreading through the city. The French gendarmes, supposedly under order from the Vichy government and Nazi occupiers, are going door-to-door arresting Jewish families and imprisoning them in the Vélodrome d’Hiver. Little does Sarah know that, after the imprisonment, they will be sent to Nazi death camps. In a final attempt to save her family, she locks her four-year-old brother, Michel in a bedroom cupboard – their secret hiding place. She promises to return for him, but she and her parents are dragged from their home forever.

Sixty years later, journalist Julia Jarmond (Kristin Scott Thomas) is assigned to write a cover story on the Vel’d’Hiv roundup of 1942. American by birth, Julia has been living in Paris for more than twenty years, and is married to Bertrand Tézac (Frédéric Pierrot), an unfaithful man from an old French bloodline. What begins as research for her article becomes more personal when Julia discovers that she and Sarah have something in common, prompting her to change her outlook on her husband, her adopted nation and herself. Julia discovers that the apartment owned by Bertrand’s family was acquired when the former Jewish occupants were dispossessed and deported sixty years before.

Based on Tatiana de Rosnay’s bestselling novel of the same name, Elle s’appelait Sarah is a fictionalized account of the actual roundups in Paris that sentenced thousands of Jewish families to their deaths. Harrowing, emotionally complex and filled with pathos, the film is a moving tale of a terrible period of French history. Scott Thomas is pitch-perfect as Julia, as she comes to terms with the terrible secrets that have lain hidden for so many years.