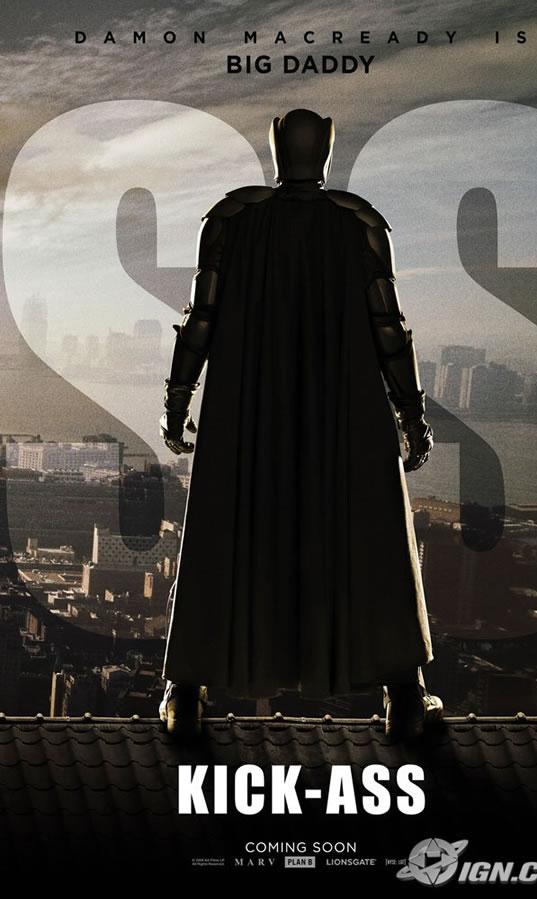 Posters of this movie have really grown into something more than just a comic caper. You have to hand it to Mathew Vaughnâ€™s for creating such stark images. Kick Ass is one of the most anticipated movies of next year. The marketing campaign of the film has started pretty early. Hopefully the presence of Nicolas Cage does not overshadow the project. The posters are filled with the characters name and the alter ego. The movie is expected to hit theatres next year April 16, 2010. The posters are courtesy of IGN. So you can see their symbols below each of them.

It is a story of a people who donâ€™t have super powers. But there is desire to become a superhero for many of the characters. Dave Lizewski is one such person who changes his persona by wearing scuba suit, a ski mask, and a pair of clubs and attacks the underworld hard. There is an incident where the some gangsters beat him up in a scuffle. But things are not as easy as it seems being a superhero.