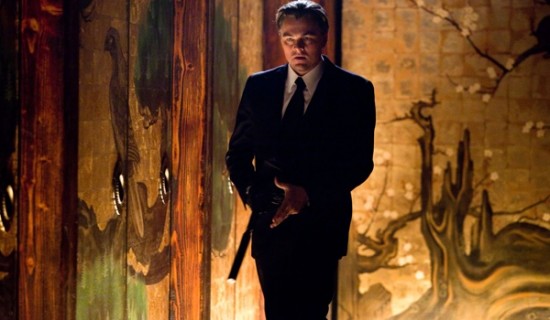 Another Still of Leo in Inception There are going to be loads of production photos going to come out in the next couple of months for Christopher Nolanâ€™s next film. There have been some photos that have come out from the Los Angeles Times movie preview. We already posted loads of high resolution images for the film.

The filmâ€™s logline should be engraved on your head â€œa contemporary science fiction actioner set within the architecture of the mind. The plot is about entering peoplesâ€™ mind/dreams. A technology to do so has been developed and is done through an injection. DiCaprio and his team work together to enter peoples minds so that they can steal or even plant information.

There are also some other major players in the film like Cillian Murphy and Michael Caine. Inception will hit theaters on July 16 th 2010.